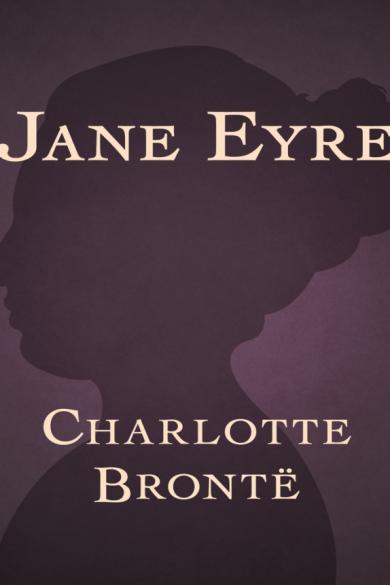 The young orphan Jane Eyre inhabits a fragile position. Born to a good family but with no wealth of her own, Jane is sent to live with her uncle’s family—an arrangement that turns sour when he dies—and then to Lowood, a punitive and tyrannically run boarding school for girls. As she matures into adulthood, Jane’s fiery spirit and independence grow more acute, as does her sensitivity to the world around her. Now governess of the secluded Thornfield Hall, the first place she has ever really felt at home, Jane falls in love with the passionate and impulsive Edward Rochester, master of the house. Just when it seems her luck has finally changed, Jane discovers the secret of the attic—a terrible revelation that threatens to destroy her dreams of happiness forever.

Narrated in the unforgettable voice of its remarkable heroine, Jane Eyre is a timeless tale of heartbreak, mystery, and romance that shines a brilliant light into the dark corners of Victorian society.

This ebook has been professionally proofread...

4/5
I’ve never read Jane Eyre by Charlotte Brontë before, because it wasn’t on our reading lists at school or university, but I must say that, although pious, it’s quite an enjoyable and insightful read. I especially liked that Jane Eyre is still a relatable character in some ways today, though she is tenacious and passionate, she is also kind and intelligent. Few well-rounded female characters like Jane Eyre exist today, which is a shame, considering that human beings are more than just good or just bad. There are numerous other facets to the human psyche, which Charlotte Brontë was able to project into her writing, which makes Jane more than just another literary character. I also felt quite deeply for Mr. Rochester, who so beautifully complimented Jane’s personality, especially when he became passionate and called her: “Sprite! Witch! Elf!” and other, equally silly nicknames. He might not have been incredibly handsome, like every male protagonist is in every single coming-of-age novel these days, but his flaws gave him depth and made him memorable. Though, at times, the narrative was sometimes littered with religious babble, it’s imperative to the story and to the time. Not many readers would especially enjoy the biblical context (or at times the submissiveness of female characters), but Jane Eyre carries a lot of weight in regards to the evolution of literature. In other words, it’s a must-read novel if one is to have a well-rounded and rich literary knowledge. Funnily enough, Brontë does hint at fantasy at times with the way Jane sees the world. Fairies, sprites, magical beings, and ghosts are mentioned within the novel too … Themes that are present in the book include: love vs. autonomy, religion, social class, and gender relations. Jane Eyre might not be as popular lately, due to the increase of paranormal romances, but it’s definitely a book you have to read at least once in your life. Readers who enjoy coming-of-age novels, in general, will love Jane Eyre. Though, not exactly similar, I’m sure that fans of The Selection series by Kiera Cass will also take great pleasure from Brontë’s most popular novel.

5/5
The Illustrated Jane Eyre, with illustrations by Dame DarcyI first read Jane Eyre for my 10th grade English class. We had a choice between Brontë's famous novel and When the Legends Die by Hal Borland. Most students chose the latter, being quite a bit shorter than Jane Eyre. I read both. Yes, I really was that big of a book geek, even then. I remember reading Jane Eyre outside in the back field and absolutely loving it. Recently, I've been looking for a nice copy of the novel, and unexpectedly came across this edition at my favorite comic store.The illustrations by Dame Darcy (probably best known for her comic book series, Meatcake) are rather Gothic in style; most are black and white ink drawings, although there are a handful of full-page color prints, as well. I actually preferred the ink drawings, especially the full-page ones, although the smaller illustrations sprinkled throughout the text were delightful to stumble upon. My only complaint is that, at times, they could have been better placed in order to coincide with the story-line.Jane Eyre is a willful and passionate young girl; orphaned, she unhappily lives with her Aunt and cousins. She is sent to Lowood School, were she remains first as a student, and then as teacher for eight years. Eventually, she hires herself out as a governess, gaining her own independence to some extent. Her new employer, Mr. Rochester, is used to having things his way and is quite taken by Jane. She unexpectedly finds herself becoming rather enamored of him even though he is quite wealthy, decidedly not handsome, and much older than she is. Only, he's keeping a dark secret from his past from her, one that will change everything should she discover it.I was not disappointed with the re-read, even if I did know how everything turns out. I absolutely loved the interactions between Jane and Mr. Rochester; she can be rather sassy at times, and he knows how to take it. Tragically romantic, Jane Eyre is among my favorite books.Experiments in Reading

5/5
Jane Eyre, is one of the classics that I’ve been meaning to read for ages, but it took a pretty cover to (finally) buy it, and a hangover to start reading it. Jane Eyre is indeed the story of Jane, from her miserable childhood, through her slightly less miserable adolescence and to her adulthood. Orphan of both parents, she lives with her aunt and cousins, but it is a life without affection. When she is sent to a school far from home she believes that her conditions can only improve, but it isn't without trouble that she finishes her education and is ready to seek employment.This story was not new to me, but I had only watched the TV series, and some time ago, so the details were a bit hazy. I knew there would be a happy ending, but then, there always is (I had quite forgotten everything else about the ending). I was actually expecting a lot more drama in the beginning (I think I got the order of some events wrong), so the more I read, the more I dreaded what was (I thought) sure to come.There is a very strong Beauty and the Beast feel to it. Yes, I know both the love birds are as ugly as they come, making it Beast and the Beast, but to me it is about their personalities. Jane very nice and proper (even if a little blunt), Mr. Rochester quite the devil (and drama queen), teasing and insulting. I liked Mr. Rochester’s wild personality, even if sometimes it is a bit too flamboyant. Jane’s uptightness got to my nerves sometimes, but I liked her bluntness and honesty. But most of all, it was the bickering between these too: the intelligent semi-arguments were really fun to read.My biggest problem with the classics (and I say problem is the very loosest of senses) is that I have to adapt to the values of the times when they were written. It is most likely that a modern day Jane would take the easier route, by running away WITH her beloved and not running away FROM him (I know I would, along with taking more conventional measures to deal with the problem in the attic). That made some parts in the book a bit harder to enjoy (or should I say, not to scream at the characters), but that choice was also in tune with the character's personality and way of being.But to me, the strongest point of this book is how it is written. The use of the first person takes away the distance I could have felt due to Jane’s personality. And the descriptions are absolutely vivid. I was constantly lost on 19th century England, taking walks through the moors, sitting by the fireplace, studying people… Making the drama all the more, well, dramatic, because it felt like it was happening to me.I really liked this book, even though it took me quite awhile to finish. It's very well written, and it's not only about romance, it portrays a society that is slightly different from ours - one that not so long ago was the norm. The down side was that there was a bit more drama that I felt was necessary, and all the religious babble, that started to really get on my nerves by the end of the book (courtesy of a late comer character). Still, it definitely deserves it's place among the classics.Also at Spoilers and Nuts